Did you know that Babushka Dolls, aside from being considered a classic Russian gift, also denote a metaphorical meaning? These dolls which are also known as Russian nesting dolls are made of wood, often fashioned as a plump woman. This figure’s top separates from the bottom to reveal an exact same figure inside, although smaller. This smaller doll, in turn, contains another smaller doll inside and so on. The last piece, which is the smallest, is the only content of the doll that doesn’t separate. Often, babushkas contain at least 5 figures. 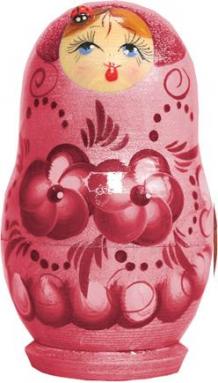 Metaphorically, babushkas or Matryoshka dolls as they are most commonly referred to, symbolize a design paradigm, or a world accepted principle, in design. This principle is known as the “matryoshka principle” or “nested doll principle”. This principle stands for the decipherable relationship between objects – the object-within-the-same-object principle – which can be seen in almost all natural and man-made objects.

So the next time you see a matryoshka doll or if a friend gives you one, you already know its metaphorical meaning. Come to think of it though, a matryoshka is also a wonderful work of art. Looking at it closely, you can see how intricately it has been made so it’s not simply a bunch of stackable wooden dolls.

9 thoughts on “What is a Matryoshka?”